Educational Qualification: Candidates Should have 10th Pass from a recognized Board.

Applications for this job are to be filled online. Please follow the link is given below to apply ( or visit original job details page): http://www.appost.in/gdsonline/ 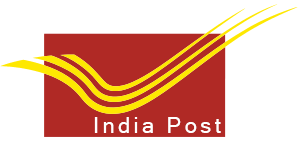 The Himachal Pradesh Post Circle has its Headquarters located in Shimla. It was designed out of erstwhile in N.W Circle in December 1986. The circle is surrounded by whole state of Himachal Pradesh that covers a wide area of 55673 Sq.km. It consists of 9 Postal Divisions, one R.M.S. Division, one Postal Stores Depot and the office of Director of Accounts (Postal). Himachal Pradesh Postal Circle is the pride owner to have largest post office in the entire world at "HIKKIM"which is situated at 14567 feet under Rampur Bushahr Postal Division.

What is the Pay Scale for Gramin Dak Sevaks?

The Payscale is as follows Gramin Dak Sevaks: INR10000,

The selected candidate will be placed in Hatli, Kangra

When is the Last Date for applying for this job ?

Complete information regarding this job is given on this page. Link to official document is also provided. The candidates are adivsed to go through it thorouly before Apply Online. If the job interests you and you are eligible for Gramin Dak Sevaks, then click on the apply online link given below. You can apply online. Remember the last date to apply for this job is 5th July, 2019