Armed Forces Tribunal (AFT) Invites Application for 10 Tribunal Master, Assistant & Other Posts Applications are invited from the eligible candidates, who fulfill the eligibility criteria mentioned below, for engagement as Consultants against the below-mentioned posts in the Armed Forces Tribunal, Regional Bench, Lucknow for a period of six months or till the said posts are filled up by regular mode of appointment/recruitment at a fixed monthly remuneration given against each post 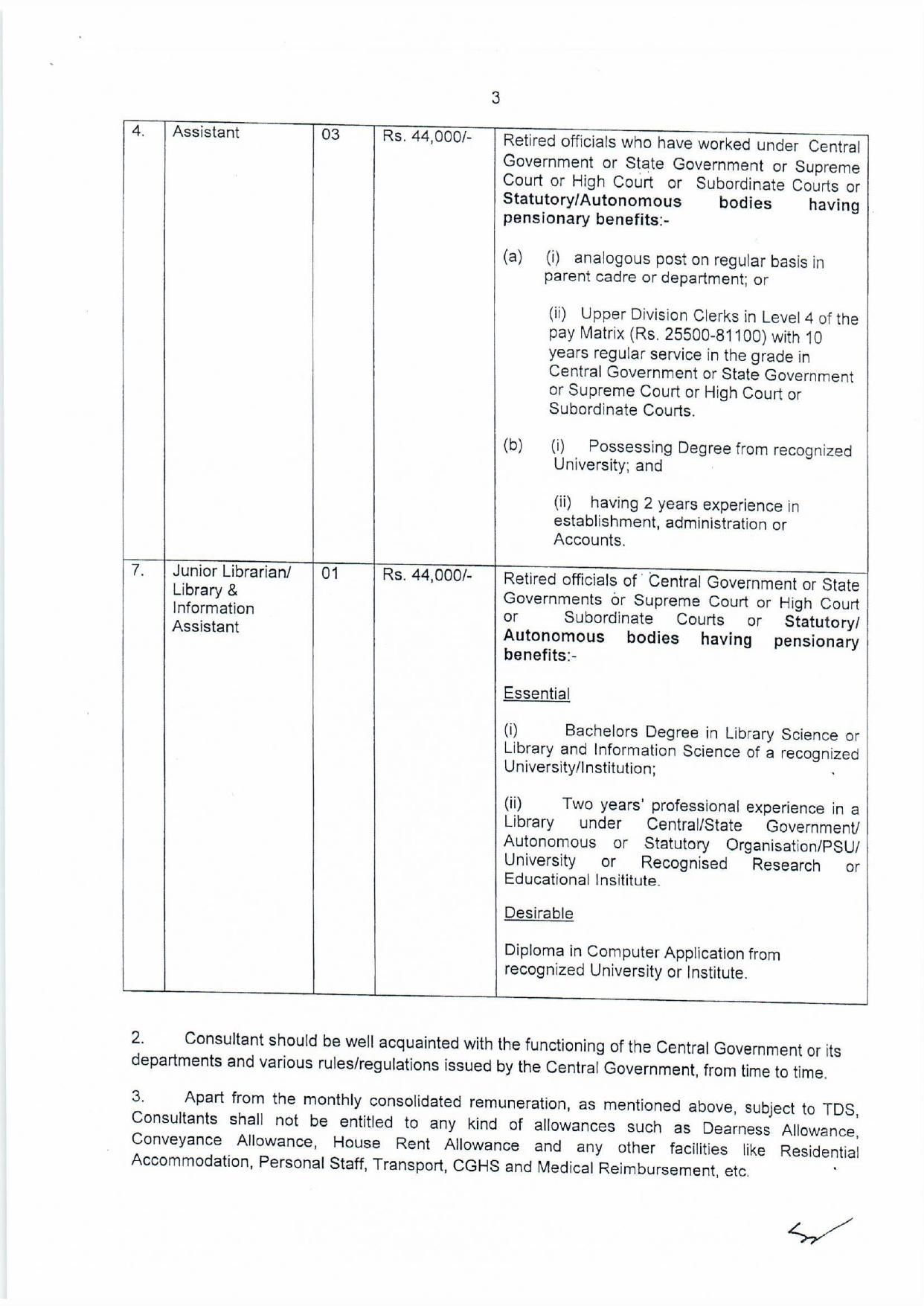 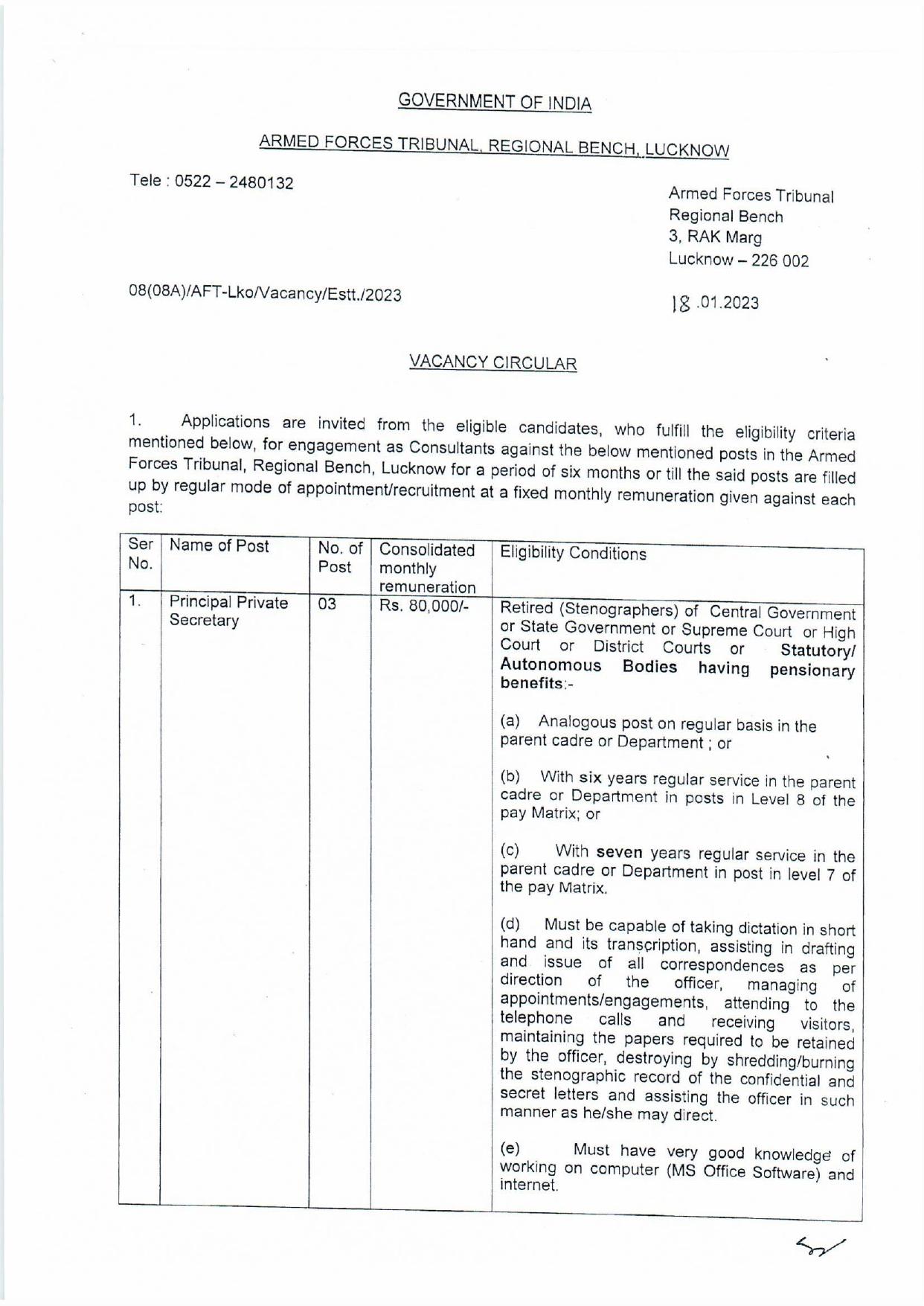 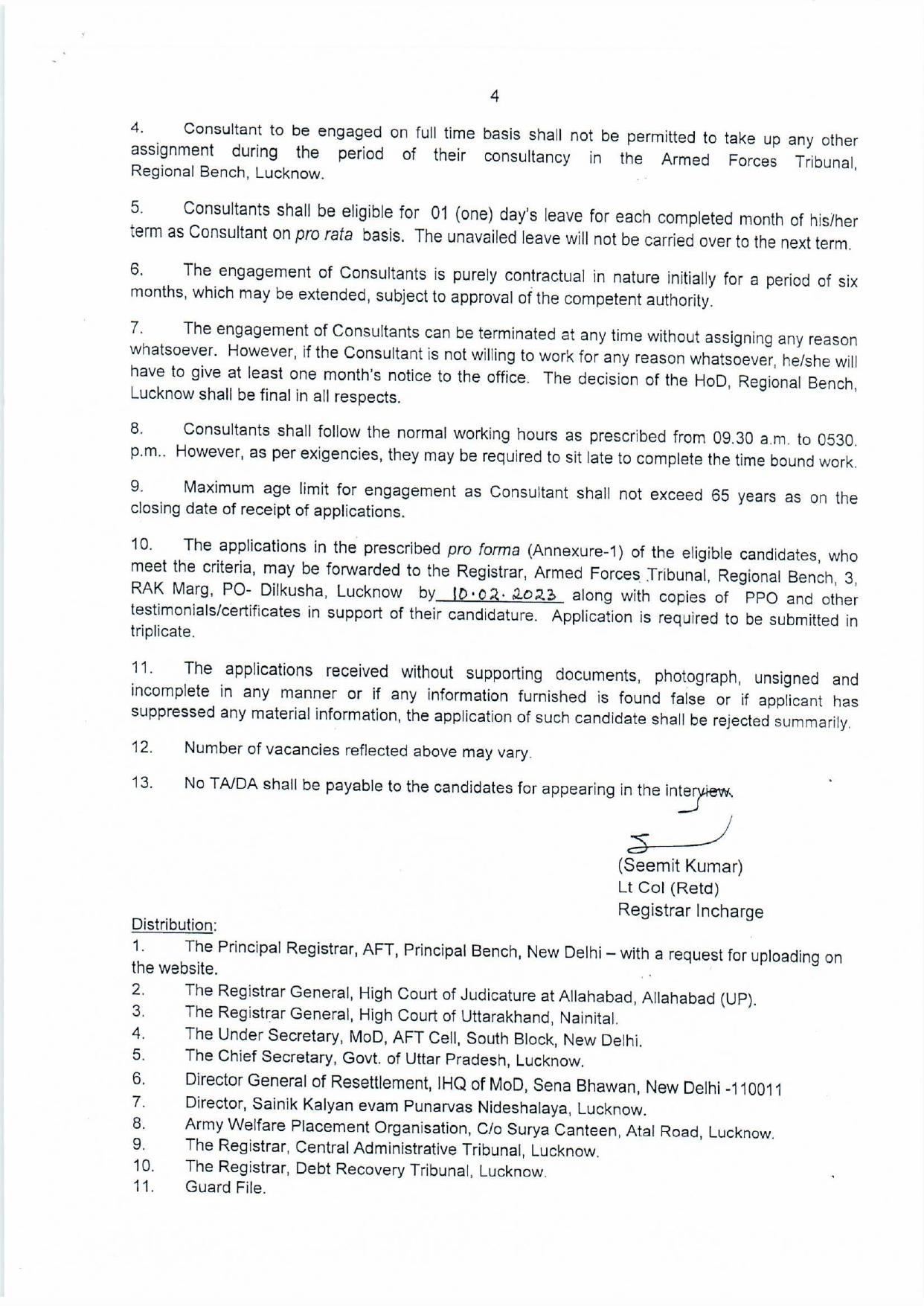 The Armed Forces Tribunal Act 2007, was passed by the Parliament and led to the formation of AFT with the power provided for the adjudication or trial by Armed Forces Tribunal of disputes and complaints with respect to commission, appointments, enrolments and conditions of service in respect of persons subject to the Army Act, 1950, The Navy Act, 1957 and the Air Force Act, 1950. It can further provide for appeals arising out of orders, findings or sentences of courts- martial held under the said Acts and for matters connected therewith or incidental thereto.
Besides the Principal Bench in New Delhi, AFT has Regional Benches at Chandigarh, Lucknow, Kolkata, Guwahati, Chennai, Kochi, Mumbai, and Jaipur.
With the exception of the Chandigarh and Lucknow Regional Benches, which have three benches each, all other locations have a single bench. Each Bench comprises of a Judicial Member and an Administrative Member.
The Judicial Members are retired High Court Judges and Administrative Members are retired Members of the Armed Forces who have held rank of Major General/ equivalent or above for a period of three years or more, Judge Advocate General (JAG), who have held the appointment for at least one year are also entitled to be appointed as the Administrative Member.

Interested candidates can pursue courses in degree in law, 10th standard pass for a great career at Armed Forces Tribunal.

When can I can apply for job at Armed Forces Tribunal

The last date to apply for Armed Forces Tribunal is 10th February, 2023

Complete information regarding this job is given on this page. Link to official document is also provided. The candidates are adivsed to go through it thorouly before Apply Online. If the job interests you and you are eligible for , then click on the apply online link given below. You can apply online. Remember the last date to apply for this job is 10th February, 2023